Are you longing for new horizons and unexplored lands? Then welcome to Terraria games! Here there is a whole new territory waiting for you and it's open for traveling and building. This cute pixel world is made of blocks that can be mined, rearranged, mixed and shape in any way you like. Basically, it's a magnificent 2D version of Minecraft, but with its own inimitable atmosphere. You'll surely going to love every moment spent among the endless expanses of Terraria! 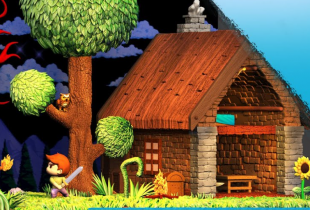 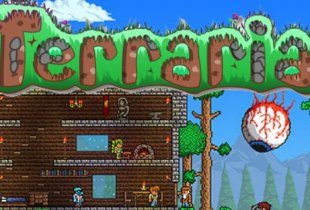 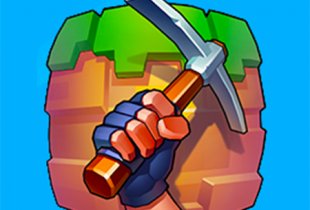 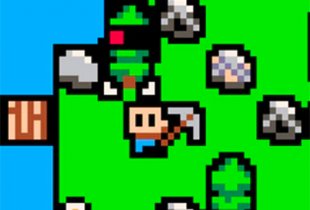 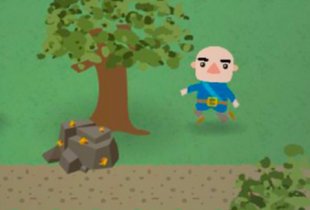 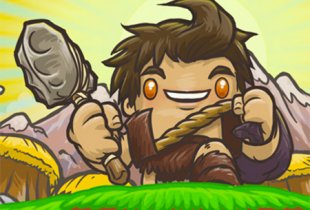 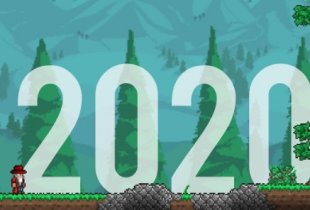 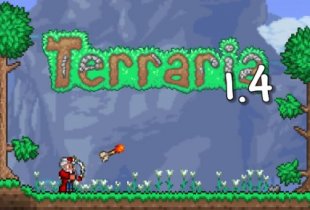 Play!
Mine resources and craft things!
At the beginning of the game, you will find yourself in the middle of an open area. This is a beautiful place with green trees, mountains and a river. Look around - just about everywhere you can find a goo deal of resources to make your first attempt at building and crafting. Chop wood and mine stone to create your very first tools and weapons. With their help, you can work much faster and fight much more efficiently. In a little while, you'll be able to build a house where you can find refuge at night and restore energy before another day full of discoveries and adventures.
After dark these lands get rather dangerous - all kinds of creepy monsters crawl out of their dwellings and roam around. That's why you shouldn't wait too long before equipping your character with at least a wooden sword and building some sort of a shelter where you can feel safe and protected. And when you get strong enough, you can go out and put up a fight!
Travel far and wide, fight monsters and have fun!
Battling various enemies in Terraria games isn't only fun, it can become a good source of picking up valuable materials and even ready items that will fall out of your dead opponents. While some players focus on building and crafting, you can dedicate your time here to exploring the farthest corners of the world. Different locations contain a different set of resources, and the further you travel the rarer and fiercer monsters you are going to encounter.
Don't be afraid to set foot where nobody has been before - there are plenty of surprises and a lot of precious loot waiting there for you! Just imagine how great it would be to discover an amulet with magical abilities in the depth of a murky cave or stuff your backpack with a handful of potions with some cool effects! The world of Terraria is immense and fascinating. And it's definitely worth your closest attention!