Solar Smash is a space-scale destruction simulator. Literally! Embark on a journey through the galaxy in a futuristic spaceship equipped with all kinds of weapons, blow up planets and discover new ways to wreak havoc around you! 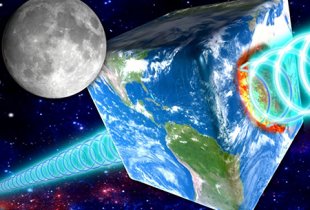 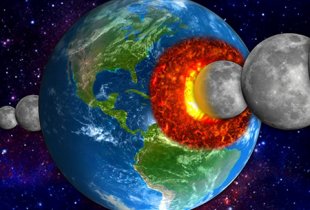 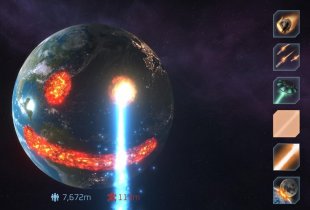 Mankind has long sought to pave its way into outer space. Since the home planet has been explored far and wide, the limits of the Earth have become insufficient, and the best minds of our civilization have worked tirelessly to create space technologies. So far, we can fly no further than our own orbit and launch satellites to the far corners of the solar system to collect data on other planets. But not so long ago we took the first step on the Moon and now we are quite seriously talking about the first colonization mission to Mars. Would it be a big surprise if, in a few centuries, maybe even decades, we could travel to distant worlds far beyond the boundaries of our own system? In Solar Smash it is possible!

Turn all these planets into a bunch of space dust!

Moreover - at your disposal there will be not a simple ship, but a real destruction machine stuffed with all possible weapons. As you know, the passion for weapons is the second most important feature of humanity after the craving for constant travel and research. So the arsenal that will be on your board in Solar Smash will really amaze the imagination. Here you will find various guns, including a super-powerful laser, and controlled magnetic fields, and the ability to summon various natural phenomena ... What is all this for? In order to famously fly through the galaxy, destroying planets in all sorts of ways! To smash another celestial body into small pieces with a shot from a futuristic weapon, arrange a meteor shower or tsunami on its surface, freeze all life, or vice versa, boil lava in the stone bowels? You can choose any means of destruction that you will sow on your way. As the game progresses, you'll earn points and unlock more and more weapons to have more fun. Start playing Solar Smash right now!