Rainbow Friends is an escape room-like horror quest challenging you to run away from a desolate amusement park being hunted by a bunch of cute yet dangerous monsters. You'll have to learn their behavior, use their weaknesses against them, gather and fix stuff and eventually make a final breakthrough on the last night of your stay in this murky place (that is, if you manage to survive)! Ready to begin? Then let's go! 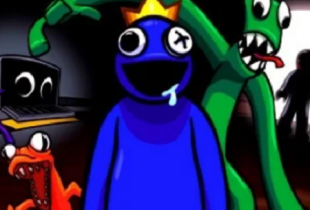 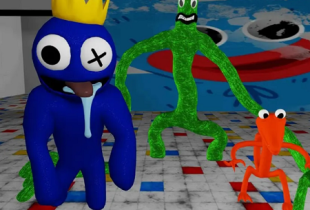 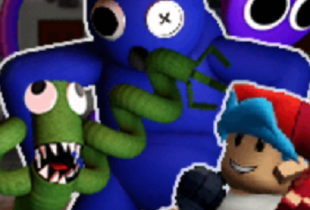 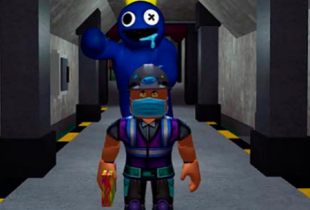 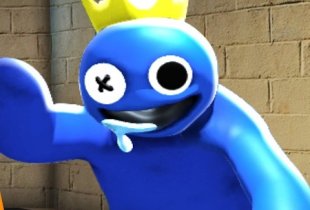 Play!
When amusement park is not quite amusing…

The game starts with a usual school field trip to a newly opened amusement park. You are incredibly excited, already envisioning yourself screaming with rapture on a roller-coaster and binging on cotton candy of all tastes. But right in the middle of the trip, you're kidnapped and find yourself at a park that looks totally different from the rainbow-colored picture you just had in mind. It's all dark and empty, and you feel scared. Moreover, someone is clearly around - you can hear noises, and steps, and something that sounds like breathing, but hardly human. What's going on? The night comes, and it won't be easy to survive till the morning!

The thing is there are four monsters living in the park - Rainbow Friends as they're called. Each of them is of a different color and has a different pattern of behavior. Learning them is the key to success since these monsters are the only thing that poses danger on the location. For instance, Blue is rather aggressive and will see you from afar, he runs very fast, so it's better to stay as far away from him as possible. Green, on the other hand, is totally blind, but his other senses are sharpened, so don't try to hide from him if he's near - he may find you by touch. Orange can be kept at bay by feeding him on time - then he won't even leave his lair. And Violet sticks to the water and that's the only place he can attack. Keeping that in mind, you can choose your route around the park in an optimal way to complete all the tasks and avoid the monsters. The tasks include collecting a certain number of certain things. You will also have to get spare parts and fix the power generator. Play Rainbow Friends online and have fun!